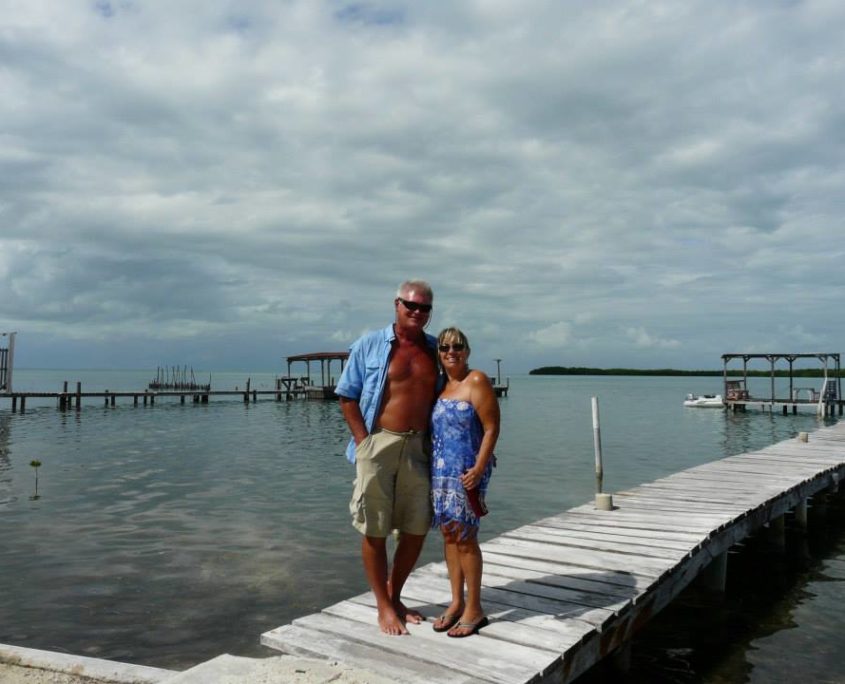 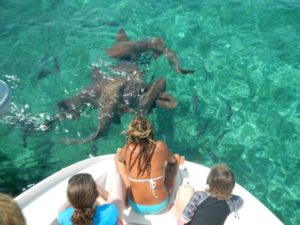 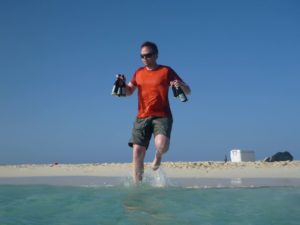 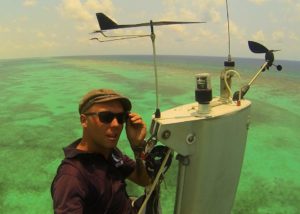 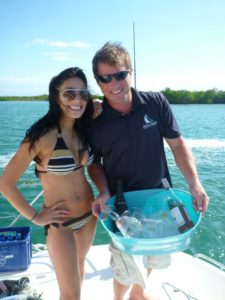 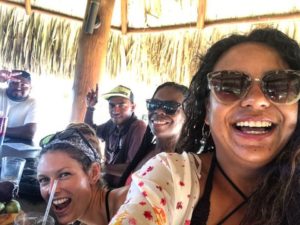 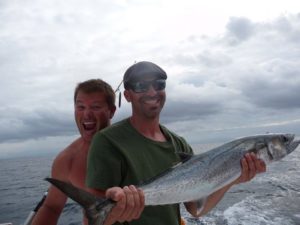 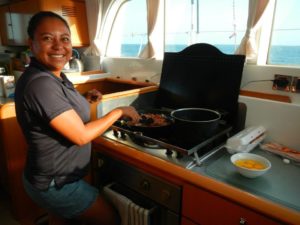 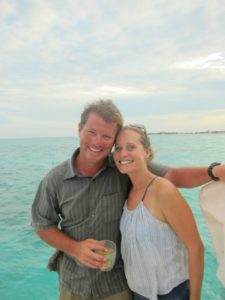 Family then and family now, we’re building up to 20 years of BSV!

In 2001 Cliff Wilson (Sr) and Sherry Wilson left their professional jobs and weekends of race sailing in the Bay Area of San Francisco, sold their house and possessions and moved onto their Lagoon catamaran “Aubisque”, bound for Belize. After hosting several groups of friends on board their new home on the water — sailing, snorkelling, gourmet dining and entertaining — one of their guests declared “you can make money from doing this!” so Aubisque Sailing Charters was promptly born. Famed for their elaborate hospitality, elegant cuisine (as featured in the Travel Show and as members of Chaîne des Rôtisseurs), and passion for the waters and sailing, they established a 5-star reputation in the Caribbean charter industry and created the legacy for what followed.

Cliff Jr / “Cliffito” joined his parents assisting in the early days on charters before returning to the ski industry in Tahoe for several years. He returned to Belize full-time in 2009 and expanded the business, working with multiple catamaran owners to create a yacht management and charter program as well as establishing the business as an ASA (American Sailing Association) school. His wife Rachael joined the team in 2011 and oversees guest services, charter operations and marketing, along with running her travel concierge business ‘Absolute Belize’.

The metier of the business was founded on elaborate hospitality, charter professionalism, and unforgettable Belize sailing experiences, which has continued to this day. With eight catamarans in the fleet, a team of 20 amazing individuals who have become family and a 5-star reputation, Belize Sailing Vacations is proud to be the leading all-inclusive luxury charter operation in the Western Caribbean.

As we soon turn 20, we are taking you on a voyage of “20 Stories of BSV” – stories from the early days, journeying to our favourite islands, sharing signature recipes, tales from past guests’ experiences, plus inviting past and present crew to lure you on a sailing adventure in the future. Our first story will feature BSV’s Grandma and Grandpa, Cliff (Sr) and Sherry Wilson…. who knew Cliff won a sailing world record and Sherry skippered the first all women’s crew in the Big Boat Series back in the day?!

Stay tuned for our first story that we will publish next week!

Sailing the Caribbean Sea in a Private Yacht. This Could Be You. – Brook... 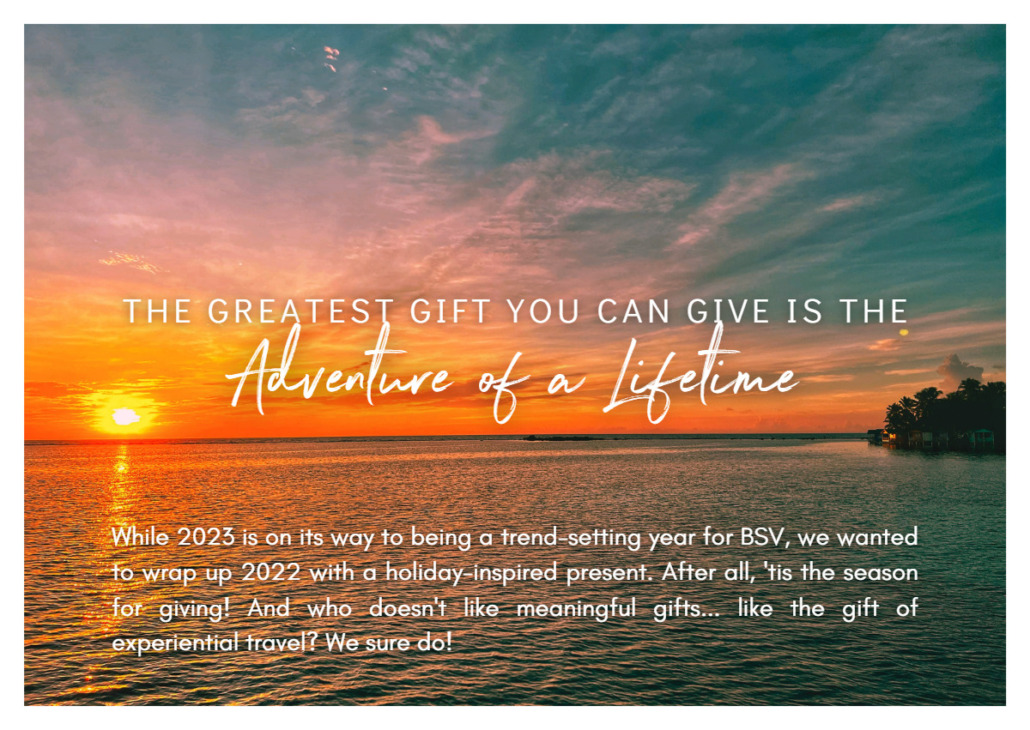